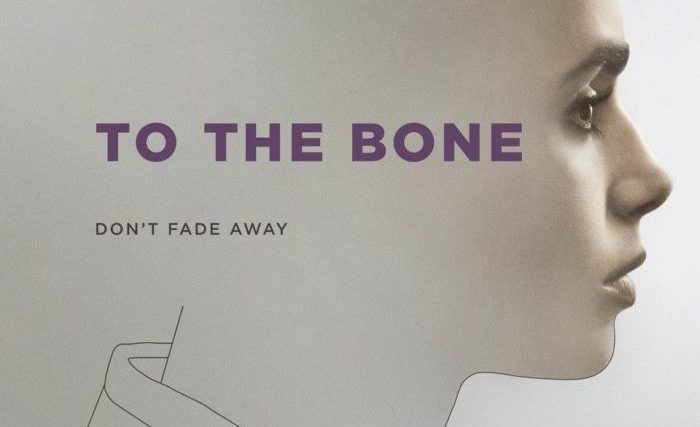 The Netflix Movie ‘To The Bone’ has been getting a lot of media attention since its release on July 14, 2017. Whether someone you know has suffered from a mental health illness or an eating disorder (ED), you have had a personal struggle with body image or eating issues, or simply found the initial trailer intriguing, it has provoked the interest of many and sparked a lot of controversy. Numerous eating disorder professionals have expressed concern over the graphic images of the main character, Eli, and the focus on calories, food, and weight as being triggering for individuals struggling with eating disorder symptoms.

Should I Watch It?

-Are you currently working through eating disorder symptoms?

-Have you been in recovery from an eating disorder for less than 6 months to a year?

-Are you receiving mental health or nutritional counseling for the treatment of your eating disorder?

-Is your family member or loved one currently suffering from an eating disorder?

If you answered yes to any of the above questions, then it may be wise to speak to a mental health professional or someone in your support system about how beneficial it would be for you to watch the movie at this time. As previously mentioned, there are scenes in the movie that could be disturbing, triggering, and possibly open the door for relapse.

If you are thinking about watching the movie to learn about eating disorders, it does provide you with the opportunity to see what millions of Americans struggle with daily. However, be aware that like many Hollywood depictions, this is one group’s perspective on eating disorders and does not represent what the ED journey looks like for everyone. It is dramatized for effect. Here are some ideas to take into consideration as you view it.

The movie portrays an alternative approach in the treatment of eating disorders. Staff members monitor meals in most treatment settings. Participants are on a rigid, calorically appropriate meal plan. Part of the reason treatment centers make people follow a meal plan is to model what normal eating behaviors look like and to have the clients practice this behavior with their peers so it feels more normal when they return home.

It would also be very abnormal for any patients in a treatment setting to know their weight. The treatment philosophy around collecting a blinded weight is that the majority of people with eating disorders have a “fear weight” that dictates their behaviors. We see increased restrictive/compulsive behaviors as they approach that weight. If they are unaware of what their goal weight is, which is determined by dietitians and medical doctors, they are more likely to follow the meal plan prescribed to them and fight their eating disorder behaviors rather than avoiding their fear weight.

Most treatment centers have a strict “no fraternizing” policy to protect their patients and their recovery. Luke and Eli’s unsupervised outings and intense one-on-one chats in their facility’s bedrooms would most likely be forbidden. The thought process behind this rule is that if a patient has formed a close friendship/relationship in treatment and one relapses, the other is more likely to relapse as well.

We see several people of different ethnicities and body sizes in the movie. It is very encouraging that there was a male patient represented because historically, the male population struggling with eating disorders has been grossly underrepresented. However, one of the main critiques of the movie has been the weight loss that Lily Collins, who portrays Eli, went through to play this role. Lily Collins has been open about the fact that she struggled with a restrictive eating disorder in the past. Many eating disorder professionals and people who are in recovery from their eating disorder have said this could be very triggering for someone who is still struggling with their eating disorder. It could also empower them to believe that if an actress could lose weight for the purposes of art, they could also lose weight and not experience negative side effects, which is untrue. As a guideline, it is unwise for a person with a history of an eating disorder to diet as it has a high correlation with relapse.

One of my main critiques of the movie is that I do not believe that Lily Collins had to lose weight to play the role of Eli. The stereotypical emaciated picture of a person with anorexia that we see in the media is quite uncommon. The danger in this image is that many people would have died before ever becoming that thin. Because this is the typical image, many people who are struggling with severe eating disorders will justify their disordered behaviors because they do not look “sick enough.” Eating disorders kill and torment people of all shapes, sizes, sexes, genders, races, ethnicities, and religions. They do not discriminate. It is inaccurate to believe that eating disorders only attack frail, white, young adult females.

One of the stronger points of the movie is how it shows the effects of an eating disorder on the family system. Some of the highlights of these family struggles are lack of understanding of the complexity of eating disorders (e.g. a “gift” of a cheeseburger cake that says ‘Just Eat’), living in constant fear of enabling the ED, feeling out of control while you watch your loved one fall deeper into their disorder, fear of losing your loved one to their ED, and finally witnessing how Eli uses her ED to simulate a sense of control when she has little in her own family system.

Though we see dynamics of the relationship that Eli has with each of her family members, the most vulnerable relationship Eli has is with her half sister, Kelly. Kelly is the peacemaker of the family. It appears she has the best of intentions. We see multiple examples of how she loves Eli and worries about her mental health. She makes light-hearted jokes about the ED (i.e. calling her calorie obsession “Calorie Asperger’s”) as a way to cope and maintain rapport with Eli. However, we see that she has lived in fear of Eli dying. As true for many siblings of EDs, we see how her own major life events (like going to prom) are defined by Eli’s stints in treatment or in the hospital.

One of the more controversial points of the movie is when Eli’s mom apologizes to her for her shortcomings as a parent and asks Eli if she can feed her to heal their relationship. She offers to bottle-feed her as if Eli was a baby. The invitation has raised some criticism for being too alternative and abnormal, but the invitation is symbolic of the mom taking ownership of needs she did not provide for her daughter throughout her daughter’s childhood. Amends within the family system can be a crucial turning point in a person’s recovery as is portrayed so aptly in this depiction.

The movie shows a very traumatic scene of one of the fellow patients in treatment going through the heartbreaking experience of a miscarriage. This is important because infertility and miscarriage is a common medical complication of anorexia due to the strain the restriction puts on your reproductive organs. There are many people in recovery who do go on to have healthy pregnancies, but I classified this as an emotional complication also, because it can have lasting implications years into recovery for men and women alike. Along with the strain it puts on your reproductive organs, there are many other medical complications of anorexia that include but are not limited to: early onset bone loss (osteopenia, osteoporosis), cardiac complications (heart palpitations, cardiac arrest, etc.), amenorrhea, hormonal imbalances, refeeding syndrome, dizziness/fainting, anemia, gastrointestinal problems, low blood pressure, and even death.

My main critiques in this category is that there was little forewarning for those who have gone through a similar experience to be able to avoid this scene as it could have been very triggering or upsetting. Also, eating disorders are a severe, life threatening illness with many health complications and there was little acknowledgement of the aforementioned complications throughout the movie.

What the Movie Does Well

Though execution of the ideas throughout the film leave something to be desired, the overall themes of the healing process and journey to recovery are beneficial. Though there are pieces of the treatment process that are inaccurate and would be held to much scrutiny and legal/medical liability, the idea of having an unorthodox treatment team who questions traditional rules may be helpful for some. Also, the idea that recovery is found in having meaning and purpose and letting go of the illusion that we have control is essential to healing. This is portrayed in the scene of the outing to the rain room. Rejecting perfectionism, choosing to forgive people who hurt us, accepting help, and being open to vulnerability are all part of recovery. Eli returning to the treatment facility by her own decision communicates the idea that internal motivation is the ultimate predictor of a person’s chance to successfully beat their eating disorder. 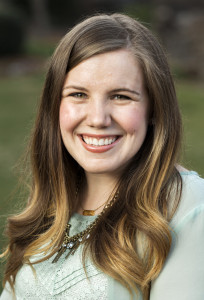 Amber DeGarmo, M.Ed, LPC, Clinical Director is a graduate of Clemson University where she received her B.A. in Psychology and her M.Ed. in Clinical Mental Health Counseling. She has experience in a variety of need areas such as: family issues, abuse, anxiety, depression, life adjustment, stress management, addiction, and eating disorders.

2 thoughts on “An Overview of ‘To The Bone’”